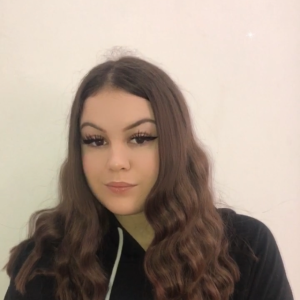 Are the performing arts and their benefits undervalued by society?

Spotlight reporter Lucia Banks investigates whether participating in music, dance and drama as a child can improve mental wellbeing and quality of life. She speaks with an owner of a performing arts school, a former child actress and a mother who used music to help soothe her son’s Tourette’s.

THE COVID-19 pandemic has been disastrous for many families and businesses, but for the performing arts industry, it’s been critical. Theatres were the first venues to shut and are the last to reopen, and many drama schools were forced to close for over a year.

Multiple studies have shown that participating in performing arts is highly beneficial and can help with creativity, personal and physical development, empathy and more – yet the government is constantly cutting funding into arts activities and education.

Rachel Lochhead is the owner and school manager of Jigsaw Performing Arts School Harlow, situated in Passmores Academy. She oversees the singing, dancing and drama lessons each weekend and is amazed by children’s mental development and progression.

“We get children as young as three join us because their parents are concerned about them starting school, as they’re really shy. After they’ve done an 11-week term with us, you can already see such a drastic change in their confidence.”

Rachel took part in performing arts as a child and went on to train professionally at university. She spent a few years working in the industry but found that her true passion lies in teaching.

“The activities that we do, in terms of drama, singing and dance, very much revolve around teamwork. There are opportunities to stand and do things on your own, that’s part of the confidence-building process, but there’s never any pressure. We want to teach them life skills that they can later apply to work environments and social settings,” she added.

Rachel believes that the arts are undervalued by society, not only as a form of entertainment but as an essential part of a child’s development.

“Sport has always had more funding – even during the pandemic. At schools, sport is seen as essential – but performing arts are dismissed as a throw-away subject – even though they have equal benefits. An hour of dance is sometimes even more physically demanding than an hour of football.

“Most of us have been watching Netflix during the lockdowns, and making a single show requires hundreds of artists: graphic designers, actors, singers for the soundtrack – but everyone seems to forget that when talking about the importance of the arts.”

Rachel encourages parents to get their children involved in the arts, especially in their early years, as that’s when they’re most impressionable.

Sezen Djouma, from Cheshunt, is a former child actress, singer and dancer, who started acting professionally at the age of eight. She landed major roles, including the part of Elsie in the hit CBeebies show Grandpa in My Pocket.

She believes that the experience helped her out in the long run, by giving her skills that she still uses to this day.

“Looking back, it’s 100% helped my confidence, but it can take a little getting used to. In the beginning, it was quite stressful being judged on who I am and how I present myself,” said Sezen.

“But, that’s life. It’s the same as not making it into the school’s netball team. It’s good to get accustomed to failure and realise that all that matters is you’ve tried your best.”

Sezen juggled her schoolwork with performing, but felt as though the arts underappreciated at her school.

“I always did feel that drama was brushed aside at school, not that it was uncool, but all the popular kids did sports – it was seen as more valuable. In reality, I wouldn’t be the person I am today without the arts.

“As a subject, it’s so important. It teaches teamwork skills, lets kids blow off steam and allows them to explore their own self-expression, without being judged.”

For some people, music and performing are more than a hobby, or even a career – it’s like medicine.

Kieran Berry, from Harlow, is a 20-year-old man with Tourette’s Syndrome (TS) – a neurological disorder characterized by involuntary sounds and movements, called tics.

His mother, Nicola Berry, first noticed that Kieran was showing symptoms of TS when he was around three years old, but when she took him to the doctors, she was told that he’d grow out of it.

Kieran’s tics (mainly eye-rolling, neck jolting, twitching and snorting) would change over time and were heightened by anxiety or stress. He would frequently get pulled out of school assemblies for being disruptive, even though he couldn’t help it.

“He was really ashamed of his tics and was too embarrassed to bring it up to teachers, or even to me,” said Nicola, “it was a touchy topic for him.”

When Kieran was five years old, Nicola watched a television show about TS, and it explained that tics could be suppressed by engaging in a hobby, like art or playing a musical instrument.

“For his sixth birthday, I bought Kieran a guitar. He absolutely loved it – he was a natural,” said Nicola, “and when he played, his tics would stop.”

When Kieran was 13, he joined Harlow Rock School, a youth music project that frequently hosted performances.

“Playing the guitar was a mental distraction from the tics, but the performing is where he got confidence.

“He gained so many friends and people started looking up to him. It helped him flourish into the great young man he is today.”

Kieran now speaks openly about his TS and doesn’t let it hold him back anymore.

“Music has changed my life, it’s everything to me. I used to feel ashamed of who I was, but now I couldn’t be happier to be me,” said Kieran.

The benefits of taking part in performing arts as a child are evident, and we can only hope that the government, and society as a whole, will eventually come to see the arts in a better light.