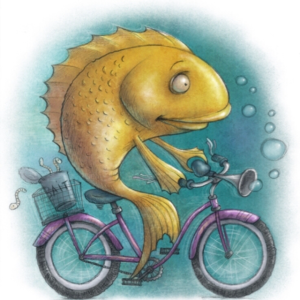 In Harlow Town Park, hidden behind Pet’s Corner an inconspicuous shipping container could easily go unrecognised as Harlow’s very own Men’s Shed. Reporter Jack Perring ventured down to find out more and learned of a similar project in Saffron Walden.

The late civil rights activist Coretta Scott King once said, “The greatness of a community is most accurately measured by the compassionate actions of its members.” Nowhere else is the intention of this message better exemplified than in the tea-stained, sawdust covered workshops of the UK’s Men’s Shed Association.

In a time where the mental wellbeing of men is no longer a topic to be shunned and avoided; people across the nation are beginning to embrace their communities, coming together in the spirit of friendship to support one another. Offering a mate’s advice, a friendly face and a chat over a warm brew may seem like simple therapies but to many these simple acts of friendship can be truly lifechanging.

What makes the UK Men’s Shed Association truly unique is its biggest selling point. It offers its members a purpose. To a retired widower and indeed anyone stuck in a rut, this can be hard to come by. The workshops that the Men’s sheds operate offer members a project to work on and skills to learn, giving them clearly set goals and the invaluable practical skills that can help to secure a job.

But the Men’s Sheds aren’t charities or clinics and their members certainly aren’t patients. Coming from all different walks of life, all manner of situations, the ‘Shedders’ all have their own personal reasons for why they joined a Shed but a key reason for every one of them was to share in that sense of community and to be there for others in their time of need.

Originating in Australia, the ‘shedding’ movement as it’s known has grown extensively with networks spreading across the globe. The Australian Men’s Shed Association’s motto ‘shoulder to shoulder’ comes from the expression ‘men don’t talk face to face, they talk shoulder to shoulder’ and reflects the idea that many men find it easier to converse with people and share their thoughts whilst working with their hands rather than just chatting. The concept has been highly successful as by the end of 2019 the UK now has over 500 active Men’s Sheds.

Keen to see a shed in action I made my way to two Men’s Sheds, one in Harlow and one in Saffron Walden. What I discovered was a refreshing sense of togetherness and friendship.

The Harlow Men’s shed officially opened on February 8 2019, much work has been done to convert the shipping container into a fully functioning workshop. Utilising each Shedder’s unique talents and skills the container was fitted with electricity, worktops, cupboards and a tool rack along with plenty of equipment kindly donated from Harlow locals.

That’s the one thing that really strikes you about Men’s Shed. You get to see a quantifiable example of how much communities can really do for each other and how generous people can be when they know they’re assisting a good cause. In Harlow, this was demonstrated to me by a polytunnel filled from head to toe with donated timber, tools, old furniture and other materials for the Shed to use.

In order to give back to the community and make a little money on the side to help keep the Shed running, the shed saws, bags and sells firewood and helps restore old bikes with local cycling community Hub and Spoke who sell the Shed parts to fix and reclaim.

With 30 members on the waiting list, there is already scope for expansion at the Harlow Men’s Shed. Speaking to the Shedders in Harlow they all seemed optimistic about the Men’s Shed movement. One Shedder told me “Its all about getting together, having somewhere to go, we have a good laugh, get a few jobs done, have a cup of tea, that’s all people really need sometimes.”

The Saffron Walden Community Shed Project officially opened in April 2019 with a small team coming together and securing the location in the River Barn at St Mark’s College in September 2018.

Open three mornings a week, the large workshop caters for all with projects such as building bird boxes, bat boxes and the patent-pending bug hotel designed by one of the Shedders to be able to be batch produced and given to schools and charities. The Shed also features an impressive collection of machinery and donated tools. One such item, a wood lathe was kindly provided to them by Tesco thanks to the ‘Bags of help’ scheme.

The Shed is also keen to give back to the community. Admiring the wide assortment of tools the Shed had amassed I was notified that many of these tools had come from widows whose husbands had sadly passed leaving toolboxes in the shed with no one to use them. With this kind sense of community spirit in mind the Saffron Walden Community Shed designed and built a number of wooden trollies designed to help volunteers at the Saffron Walden food bank transport food donations.

Even stretching beyond their own immediate community the Shedders in Saffron Walden explained to me their involvement in an organisation called TWAM or Tools With a Mission, a charity which collects unwanted tools to send to developing nations to help teach people vital skills and help in community projects. The Saffron Walden Shed helps by collecting donations from the local area and then repairing tools to then be sent to TWAM, doing their own little bit for a much wider community.

One Saffron Walden Shedder had been involved in a skydiving accident which resulted in a life-changing spinal injury. Unable to work due to the accident, he told me how being part of the shed had helped him to find purpose in his work once again. “But it’s more than that.” he said, “It helps us but we’re able to make stuff here for schools, charities, museums, food banks, its about giving something back.”

And that really is the spirit of community that the Men’s Shed encapsulates. Yes, they provide a vital space for people to come together as friends, create something to be proud of and find themselves a purpose. But even more wonderfully, it lets these people the give back to those who helped make these shed’s possible with their kind donations and support.

If the greatness of a community can be most accurately measured by the compassionate actions of its members then there are over 500 certified great communities in the UK and hopefully many more to come.