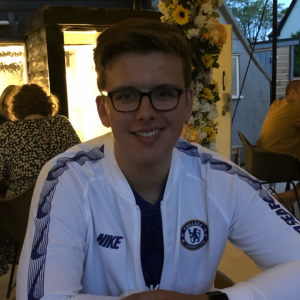 Spotlight reporter Matt North visits Stansted Football Club to see how the team has been coping throughout the COVID-19 pandemic.

COVID-19 has had a devastating impact throughout various business sectors across the country as well as all over the world with football being one of them. The footballing industry overall has been affected by the pandemic with the vast majority of clubs struggling financially, especially those in the lower leagues of the pyramid.

Teams in the higher levels such as the Premier League and Football League have just about managed to cope, being able to play matches behind closed doors but on the financial scale, it has been difficult as there has been a lack of revenue on a match day. However, further down in non-league from clubs in the National League to grassroots level, the impact has been a lot worse, with teams sometimes having to rely on donations from supporters and the local community to help keep the club running.

Stansted FC, a side currently playing in the Essex Senior League, step nine of the footballing pyramid, have been at that level for a while and play at Hargrave Park. The side from Essex were having an excellent season in the league, sitting in 2nd place and well in the title race with leaders Hashtag United as well as fellow competitors Walthamstow and Cockfosters. The Airportmen, in comparison to those around them, played several games more due to various postponements and COVID outbreaks. However, following an expected announcement of a third national lockdown, the season, along with other leagues, was suspended before eventually being curtailed a few months down the line.

Manager Paul Pittuck said: “We’d played quite a lot of games when the season ended and we were sitting in 2nd so although they’re talking about promotion in terms of points-per-game and I know it’s been over two seasons, but we were well in the mix for this season. We had points on the board, and we had to play Hashtag United twice, we still had to play Walthamstow, Saffron Walden, Takeley, and Hadley. Cockfosters were up there too, so everyone had to play everyone and if you looked at that table with all the games everyone had to play, I don’t think anyone picks a winner.”

As well as going strong in the Essex Senior League, Stansted ended up going on a brilliant run in the FA Cup, getting to the second qualifying round, three away from the first round proper, as they were defeated 4-2 by Peterborough Sports. Pittuck continued by saying: “We ended up having a really good FA Cup run and brought the prize money in for the club, which is brilliant. In terms of team performance, our most memorable moment was probably the away win at Coggeshall where we won 1-0. Once we got our goal, we defended for our lives, worked our socks off and it was one of those nights where it just went for us. The boys deserved it and it was our most memorable win.”

Stansted club secretary Tom Williams, who helps deal with club matters off the pitch, said: “Off the field has been a situation where financially the loss of all these games, had us very concerned about the impact it would have on the revenue of the club. A club at our level relies on ticket admission on a Saturday afternoon and ongoing sales in the bar and clubhouse, those sorts of things. However, we’ve been very fortunate by the fact that as a club we have applied to the football foundation for two grants, one which was their winter survival programme and the second one being their summer survival programme and we have managed to be successful in our application.”

Financially, we have got money from the football foundation which has helped us to get through until the end of the season. However, the things we have enjoyed over the past few years we’re going to have to start asking people to pay a little more next season and we hope that doesn’t have an adverse effect on our very much loyal ‘Airport Army’ supporters and all our other people who come and watch us that they will still want to watch the team play well next season” concluded Williams.

With no action taking place because of the lockdown, supporters have also been affected as they haven’t had the opportunity to watch their local team play. However, back in September 2020, football had been allowed to resume with spectators allowed to attend where fans were able to see their team play. Supporter Jack Fuller, who attends the Stansted games regularly, said: “Watching live football is so much better than watching it on TV because you get more of a thrill being there and it’s not the same watching it on streams either. The most memorable moment from this season was Connor Hammond’s goal against Saffron Walden in the last minute with ten men that beat our rivals.”

Rich Paterson, another supporter who regularly goes to matches with his son Dexter said: “I’ve missed the football so much, not just the sport but the team. The team have become friends and more for Dexter. We’ve been to training but it’s not the same as 90 minutes every Saturday. Every game we’ve attended post-COVID has been well attended and well organised to be safe. My most memorable moment was the FA Cup run, sadly finishing away to Peterborough Sports but 2-0 down to get back to 2-2 with a Connor Hammond free-kick was amazing. I love a coach trip and can’t wait for the next!”

The government has continued to lift lockdown restrictions as Stansted will be hopeful of having another excellent season in the Essex Senior League when the 2021/22 season is set to start up in August, where there has been a revamp of the division as teams have been promoted up to the league with there now being 20 teams instead of 18.