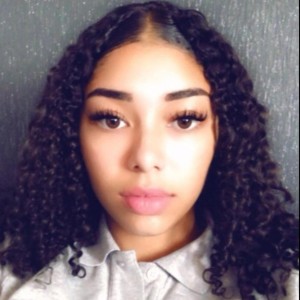 Journalist Skye Stewart combines her appreciation of movies alongside debates as she closely scrutinises the latest Netflix release Stowaway.

COVID-19 has subjected the film industry to drastic changes. With national cinema and theatre closures across the UK, operators understand that the bargaining power they once had has significantly diminished, as the rise of online streaming services continued to prevail during lockdown.

On one streaming platform, Netflix, a list of the top ten most popular films is released weekly. In Netflix’s Stowaway, the latest space-based survival sci-fi thriller and newly ranked number one release, we discovered that a three-person crew on a two-year mission to Mars faced an impossible choice, when an unplanned passenger jeopardised the lives of everyone onboard.

Michael Adams, the titular stowaway, had no idea how he got onboard the spaceship, however his presence presented a problem, as the oxygen on board was planned to scarcely accommodate the three-person crew.

Zoe Levenson, the doctor onboard the spaceship, developed a quick but significant bond with Michael and insisted that the crew took action to save him. As the doctor, she took into consideration the crews’ moral obligations, thus she continually drove to advocate for the stowaway’s survival.

Marina Barnett, the authoritative veteran astronaut, led the crew and was confronted with a moral dilemma. She had to decide if the crew should abandon Michael or risked their lives salvaging the unattended oxygen reserve, located on the opposite side of the station for the crews mere survival.

David Kim, the biologist leaned toward the statistical chance of survival. He knew that the oxygen supply that they had on the spaceship wouldn’t have accommodated all of the crew members. However, he understood that there wasn’t any point of putting the mission in jeopardy by wasting time attempting to retrieve an additional oxygen supply, which may have risked their rates of survival further.

The actors’ performance was collectively great. They avoided developing annoying characters throughout the film – Michael executed strong emotions, which the audience related to wholeheartedly. Every actor and actress individually had something great to bring to the film, however it seemed that the stories script, may have limited their overall performance.

At the start of the film, the lack of dialogue allowed viewers to experience the monotonous environment that the crew could’ve expected to live with for their anticipated journey. However, the crew didn’t seem to fit the construct of astronauts as they showcased weird behaviours such as the biologist throwing up from motion sickness, despite being prepared for a long mission.

As viewers we missed out on the build-up of each character’s backstory prior to the mission, therefore we weren’t engaged early on. Also, the beginning was dragged out, which some viewers might’ve found off putting. Nevertheless, some viewers might’ve appreciated this, as it didn’t rush into scenes which can be viewed as refreshing.

Midway through the film, the conflict teased in the trailers began to shine through. The overall story, alongside emotion started to become captivating. Although it was predictable as a space movie, during that time viewers could expect to feel more invested into the narrative.

In the final stretch of the film, the mission added an unexpected emotional heft. Any hope of making it alive as a group was halted, as Zoe dropped the first oxygen cylinder. Throughout the film, Zoe always tried to keep everyone alive no matter how impossible it seemed, however because that couldn’t happen, Zoe inevitably sacrificed her own life for the others. The movie then came to an end.

Overall, the film failed to question morality, death and even the mission, as it only hinted at it. The execution wasn’t thought provoking, action packed, or filled with in-depth thrillers. It lacked tension and excitement however, the cast gave off great performances and the scenes were visually pleasing.

The cinematography and CGI used in Stowaway was stunning and transformed mere scenes into a claustrophobic and tense setting. Alone these shots were able to create anxieties and emotional responses to the audience and allowed them to relate those feelings back to the crew.

Many viewers were left with unanswered questions, such as: who closed Michael in the compartment? Why didn’t the crew stay in the other spaceship until the solar storm passed? Why was the spaceship made with no backups to critical systems? Did the rest of the crew make it to Mars?

Although the film defied most laws of physics and left many confused, it was awarded a 5.6 rating on IMDb. The 2021 film has been available on streaming platforms Netflix and Amazon Prime since Thursday 22 April, 2021. It’s initial aim was to avoid focusing on melodrama, but on the harsh realities of bravely dying alone in space, whilst considering morals.

Photo: A scene from Stowaway on Netflix.