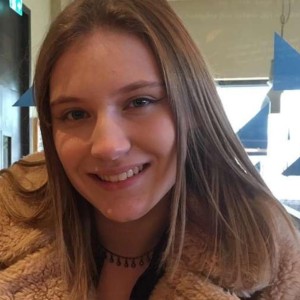 The fashion industry survives COVID: the story of their survival

Journalist Clare Eggenton explores how the fashion industry has been affected by the pandemic. She interviews menswear designer Per Götesson, to see how his business has coped throughout this challenging time; and two final year menswear BA fashion students at the London College of Fashion who have taken on remote learning from their homes.

THE FASHION industry has faced many challenges due to the impact of the pandemic, especially with the restriction of social contact which most people in the industry have found difficult.

There has been the implication of having to teach fashion online, which has meant tutors and students have had to adapt to new online platforms.

Leonora Eggenton, who is a lecturer at The London College of Fashion teaches final year menswear BA students. She mentions how that there have been points when she has taught online and found it hard in to explain something in particular to a student, because she is relying on how the student would showcase their work on screen.

She said: “If their photographs aren’t very clear, you have to really look at and try and work out what it is they’re trying to say.”

Leonora adds how she has found different ways of working with her students, (like she normally would if she were face-to-face), such as by holding up a demonstration she has made in the camera for them to see, which they would then take a photograph or screenshot.

She said: “By the end of the day I can end up with a stack of bits where I’ve done demonstrations, but actually I’ve found that there’s quite a lot that I could do that way.”

Thanks to a platform that Leonora has been using, it has meant that she has been able to draw on her student’s garments and on their toils to show them where to make improvements.

Per Götesson is an independent menswear designer of his own label ‘Per Götesson’ and lecturer at the London College of Fashion. He admitted that one main challenge that he had to overlook was not being able to do shows.

He said: “Retailers were also suffering on their economics, so we had to think about other channels to sell through.

“We did a lot of social media, but as a small brand, the shows are a big sort of importance to our marketing and events.

“We had to rethink about how we can secure sales, such as communicating with customers. We had to change quite a bit.

“I do feel like the market is still not recuperating, so it’s difficult to do the sales for the brand forth-cost because you’re unsure how they should be. You have to be cautious and plan ahead.”

On the other hand, some of the positives that Per stated was that he didn’t have to lay off staff any staff because he only works with freelancers and that he has been selling his collections more or less as normal, so the income has been stable.

Per has also been fortunate to work throughout the pandemic, and has participated in collaborations. He made the observation that he thinks the system feels disrupted, because a lot of the big-cooperation are looking for new ideas.

He added: “A lot of businesses are looking to emerging designers to bring something new, and I felt lucky to get an opportunity like that because it allowed me to takeover.”

The pandemic has given Per the time to understand what the customer wants and consider other methods of promoting the brand, such as producing stock motion films.

Jing Ping Liau, who is a final year menswear fashion student at the London College of Fashion has overall thought that the pandemic has been a time to focus on herself and explore fashion.

Jing said regarding the online learning has differed from being at college because she hasn’t been able to meet people and get inspiration from other people’s work it’s quite sad.

She said that some of the main challenges for her was the lack of space she had.

She said: “For my work, I require a lot of space. I would also say studying online because that’s a struggle, but the other side it has been interesting because you can communicate virtually and it helps you to think about the way you can present your work in the future. You do kind of emphasise your skill in all other areas.”

Naomi Phillips, who is also a final year menswear BA student mentions that some of the positives from working at home is that she has had to learn in a completely different way.

She said: “I had to try and embrace that way that of learning and working.”

She said in respect to her showcasing her work: “There was a group of us that tried to put together a fashion show, but unfortunately it all fell through, and everybody wanted to do the classic, basic white-studio runway.

“To me, that was more a thing of the past, which meant that you should take that opportunity and try and do something completely different with it. Because we couldn’t hire out the studio, we couldn’t have a catwalk.

“I think to film your collection in your home environment of how you’ve made it is where the inspiration lies. That is where my childhood is and where I’m surrounded by my home belongings and everything, so it would be perfect for me to film it here.”

With the challenges that the fashion industry has experiences, it has definitely revolutionised the way tutors and students have had to adapt to working and learning at home and how this may be the foreseeable future.