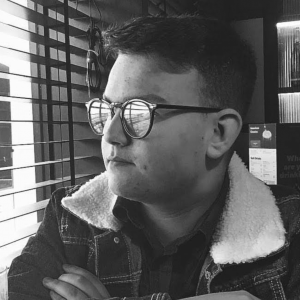 The Rise and Fall of Pandemic Puppies: Sawbridgeworth residents recount their experiences raising dogs in lockdown

Pets are for life, not just for lockdowns. Spotlight Magazine reporter Joshua Candler-Jones examines the increase of puppy purchases during the Covid-19 pandemic.

IN MARCH of 2020, the UK entered into a national lockdown, with the overwhelming majority being confined to their homes, in some cases, they were quarantining on their own.

With the ease of access to the internet and the draw of social media sites, the glorification of owning your very own puppy was present in vast reaches of the web. Dogs Trust reported the amount of people that made enquires for puppies rose to a staggering 393% from 17th April to 20th May 2020. With people remaining at home for the foreseeable future, there was no time like the present to get a puppy to help curb the lockdown loneliness.

Over a year since the ‘stay-at-home’ order was given to the general public and the country is now facing a new crisis after Covid, animal shelters overrun with badly behaved dogs whose owners were unable to cope with the stresses and requirements that owning a dog entails. These have since been dubbed: Pandemic Puppies.

Sharanne Wilkes, a professional dog walker from Sawbridgeworth, lost her dog of 18 years at the end of 2019. Since taking on another dog, she has said that the lockdown has affected dogs and particularly puppies dramatically as many first-time dog owners have returned or sold their dogs due to suffering from separation anxiety, caused by the lockdown.

She stated: “I’m concerned that a puppy could be potentially rehomed due to the anxieties they show. It has a knock-on effect due to the puppy not having training as they always have human contact. The owners then decide they want to rehome the puppy and take it to the rehoming centres which have had a massive decrease in funding.

“I’ve faced problems with my own puppy but when life returns to normal the dogs are going to be left on their own, it’s going to be hard on the dogs that aren’t used to it. That’s when my job comes into its own, I go to people’s homes and attend to their dogs whilst they’re at work. But are first time dog owners aware that people like me exist?”

Sharanne also voiced her concern for immoral breeders who do the bare minimum to care and nurture the just week-old puppies, before ripping them away from their mother to be sold, in some cases, at double the price prior to the pandemic.

She said: “The breeders that are breeding for money are now dictating the overall cost of puppies. They are putting them on sale sites and charging what they like for them. They don’t care who they sell their puppies to, they just want the cash-in-hand.”

Unethical breeders usually operate puppy farms which inhabit large quantities of recently bred puppies and are born into inhumane conditions, without any of the correct regulations being followed, these breeders often endanger the lives of the puppies and the mother to make a profit.

There has been a correlation with criminal activity involving puppies since the lockdown began, as they became exorbitant accessories when prices began to double as opposed to requiring nurture and affection. According to DogLost, a UK charity that helps victims of dog theft, recorded a 170% increase in the crime from 172 dogs stolen in 2019 compared to 465 in 2020.

Justin Robertson who purchased a dog in November, 2020 says he is increasingly concerned over the rise in puppy thefts. He stated: “I’m constantly on social media and you see reports of not just local but across the whole country of people having their dogs taken from them in brutal attacks. I never consider taking our dog off the lead unless she is in our garden which is a secure area. It only takes a second for someone to grab her and for us to never see her again. She is part of the family, and I wouldn’t ever forgive myself.”

Justin didn’t purchase a dog out of loneliness but instead, out of loss. His family were devastated when his dog of 16 years passed away. Additionally, he had recently taken on his father-in-law’s dog, Max, after he went into care and said that getting another dog ‘simply wasn’t on the cards’.

He continued: “It all happened so quickly in a short space of time, we had only moved to the area recently and then in the space of two weeks, we had to take on Max whose moods have been severely effected from being apart from his owner and then suffering such an unexpected loss. It has been an emotional rollercoaster to say the least.

“We realised that whilst we couldn’t replace our previous dog, there was a hole in our hearts, and we had a lot of love to give. Our son had spent a lot of time with Max so he didn’t ever really feel like ours. We knew only a few days after grieving that we wanted to get another dog.”

Rehoming centres will be kept busy long after Covid restrictions have lifted as they reach maximum capacity, some fear that the older dogs and strays face being put to sleep as people are only focused on adopting the puppies. As people move on with their busy lives, there are growing concerns that the pandemic pets that were left behind are yet another casualty of the coronavirus crisis.